After my first day wandering around Copenhagen, I retired to my very comfortable bed at the First Hotel Mayfair. The hotel included breakfast, which was a bonus in a city like Copenhagen which is rather expensive. I checked out and left my bags at the hotel, since I was moving to a hostel for my second night. They were a bit surprised when I told them I'd be back around 9pm for my bags, but it turned out to be fairly accurate.

My second day I started out by going palace-hopping. First up was Christiansborg Palace, which had two parts: The Royal Reception Rooms and the Ruins. I did the Royal Reception Rooms first, and after putting on bright blue shoe-coverings, I entered the rooms. Many of the rooms were full of "typical" palace riches, however, the great hall stood out as unique (and seriously awesome)... All the walls were covered in brightly-colored tapestries detailing over 1000 years of Danish history. The tapestries were only recently woven (within the past 15 years, I believe), and they are stunning. They cover everything from Danish Viking history to the black death to the reformation to the Nazi occupation, all in a gigantic rainbow tapestry. In my opinion, the great hall was worth the price of admission alone.

Next up was the ruins, which were interesting, although sadly not very well preserved due to the fires which created the ruins in the first place. The ruins included the infamous Blue Tower (now a small, indistinguishable pile of rubble) and some various other relics from the old palaces dating back to 1167. I joined the tour of the ruins a few minutes late, and I highly recommend it -- The ruins themselves aren't that much to look at, but the stories behind them are very cool.


Leaving Christiansborg, I caught the bus to Frederiksborg Castle, which houses many of the royal storerooms, including the Crown Jewels. Again, much of it contained typical palace riches which were very neat, but the room housing the glass collection, as well as the coronation chairs were both especially nice. I also took a lot of selfies in all the various highly decorated mirrors:

After touring the Castle and Crown Jewels, I continued into the adjoining park, which was packed with people -- Mostly Danes enjoying the weather. Across the street at the far end of the park was the David Museum, which houses a collection of Islamic art from the 8th century to the 19th century. The collection is extensive and well-presented, and I stayed until closing time at 5pm wandering through the exhibits.

When I finished, I headed over to Malmo, Sweden to meet up with a fellow Stanford Class of 2018 member who lives there. We spent a few hours wandering and talking, then I headed back to Denmark to check in to my hostel. Unfortunately, before I could go back I had to buy a train ticket, and of course the machine didn't accept my chip+signature card (I'm working on getting a chip+pin card, but I don't have it yet unfortunately) and since I was only popping over into Sweden for a few hours, I didn't have any Swedish Krona, only Danish Krones. Eventually I found an ATM and all was well though.

I had dinner at a Thai Restaurant (a.k.a. traditional Danish food) which was excellent and reasonably priced, then picked up my bags and went to the hostel. After checking in, I spent several hours talking with a few fun people from the hostel, and eventually went to bed.

My final day in Copenhagen was spent wet and amused. I started in Nyhavn, wandering around the harbor area before running into (ha, no) the Copenhagen Marathon, around which a massive crowd was gathered.

I watched for a while, had lunch, and then decided to go to the Danish National Museum. The museum is easily accessible by bus, but is not near any metro stations. Naturally, because of the marathon, all the buses were running significantly behind schedule -- I decided a 1km walk in the rain wouldn't be as bad as waiting 30 minutes for the bus to potentially (never) come. Shortly after I committed to the walk, it started raining heavily, and I got drenched... Fortunately both my jacket and my Stanford-shirt were both made of quick-drying material, and the museum was interesting enough to distract me from the awful wet and damp feeling. I only covered from prehistory to the Viking Age, but the exhibits were neat. By the time I left the museum, I was mostly dry... Just in time for more rain while walking to the Ny Carlsborg Glyptotek for more ancient stuff.


Again, since I was short on time (5pm closings are rough!), I decided to start with the Ancient Egyptian collection, then continue into the Greek and Roman collections. The museum's Egyptian collection was pretty good, with a massive relief of Ramses II, multiple false-doors, and several mummies, including one from Roman times without a traditional Egyptian head-mask. Though their Greek and Roman collections were lacking, sadly. I'm probably just spoiled from having visited both Athens and Rome relatively recently, but aside from their massive collection of busts, the Roman and Greek portions left a lot to be desired (read: a head, in the case of the many headless torsos, and a body, in the case of the many torsoless heads).

So, I was wondering how to make my walk through the Roman collection more fun, when I realized that I had an opportunity to do something completely tasteless but fun: Selfies with the busts. Many of the rooms were fairly empty since it was later in the day, and I managed to take a bunch of selfies. I posted them on my Facebook, but I'll spare you the horror, since I am too lazy to collect them into a single collage at the moment.

When I left the Ny Carlsborg Glyptotek, it had finally stopped raining, so I stopped by the Thai restaurant again, then headed to the hostel to get my bags and go to the airport for my evening flight, which was completely uneventful... The approach to Trondheim by air is awesome, and while it isn't exactly bright at midnight, it was still plenty light enough to enjoy the scenery. Get a window seat and leave your electronic devices in your bag... I know I should have.

Final Thoughts on Copenhagen
Copenhagen was a fun city to visit, and I felt like I chose roughly the right about of time to visit -- 2.5-3 days was enough to cover the major sights, visit some museums, and still have time to wander around and enjoy the city. If I could, I might add another half-day, but otherwise I think ~3 days is a good amount of time to see the city.  I stayed at the First Hotel Mayfair for my first night, then at Copenhagen Backpackers on my second night. My favorite place was the Christiansborg Palace, primarily because I absolutely loved the tapestries.

The airport bus passed through a city apparently called Hell:

I got to my hotel, P-Hotel Brattora, just before midnight (a.k.a. dusk). It is the closest hotel to the train station, and was a nice base for visiting the city the next day. They also have a great outdoor sun-deck with tables and chairs, and I was able to get a lot of work done with the great weather and fantastic views of the harbor to my left and the fjord (and train tracks) to my right.

My first stop in the morning was the Nidaros Cathedral, a large stereotypically Gothic church, and the Northernmost medieval cathedral. Normally I am not a church person (usually I believe once you've seen a few, you've seen them all), but this one was different for some reason. I can't place why, but I really liked this church -- I think it might have been because of the archaeological exhibits alongside the church, in addition to having the place mostly to myself. The West end has been restored and has a variety of religious sculptures, and the interior is nicely decorated and again, stereotypically Gothic. There is a large sitting area facing the West end which is a great place to sit and relax and admire the architectural work, and next to the church is the Archbishop's Palace with the Norwegian crown jewels and an exhibit of the original sculptures and decorations of the church from 1050-1250.

I spent a long time at the church and exhibits, then wandered around town for a while before heading back to an Italian restaurant in the main square.

I had a pizza at the restaurant, and afterwards I felt like shit. Italian food and being active and sightseeing really don't mix well, and after doing a bit more wandering, I went back to the hotel to work for a while. The hotel had an open deck overlooking the harbor, so I spent a while working there until I had recovered and completed a few of the Stanford forms. I found another Thai restaurant rated highly on Tripadvisor, and I set off. The food was great as usual, and I realized just how big of a difference it made when a few minutes later I felt good as new. I wandered down to the Harbor for a while, walked past a few barricades for some pictures, and then went back to my hotel around 11pm to pack and set my alarm for my early train to Snasa.

I really enjoyed Trondheim, and again, I felt like I chose a good amount of time to visit. A day was enough to see the church and explore the city a bit, and I had enough time that I could have visited a museum or two if they were open. I'd happily go back to visit again and spend a few days relaxing, although that wouldn't be ideal for this trip, given my time constraints. My favorite place was definitely the Nidaros Cathedral... For a church, it is toward the top of my list of the ones I have visited.

I wrote this post while heading back to Trondheim on the morning train from Snasa, where I went to visit a friend. He was a great host, and we played bridge last night which was a lot of fun. It was my fifth bridge club outside of the US (the others were in England, Czech Republic, Austria, and Greece). The views from my seat on the ride both ways were/are great, and Norwegian farmland is quite picturesque... Everything is ridiculously green, and together with various fjords, it has made for very enjoyable train trips. I have a few videos from the ride, but I'll save those for when I have more robust WiFi than is available on the train. Here are a few pictures: 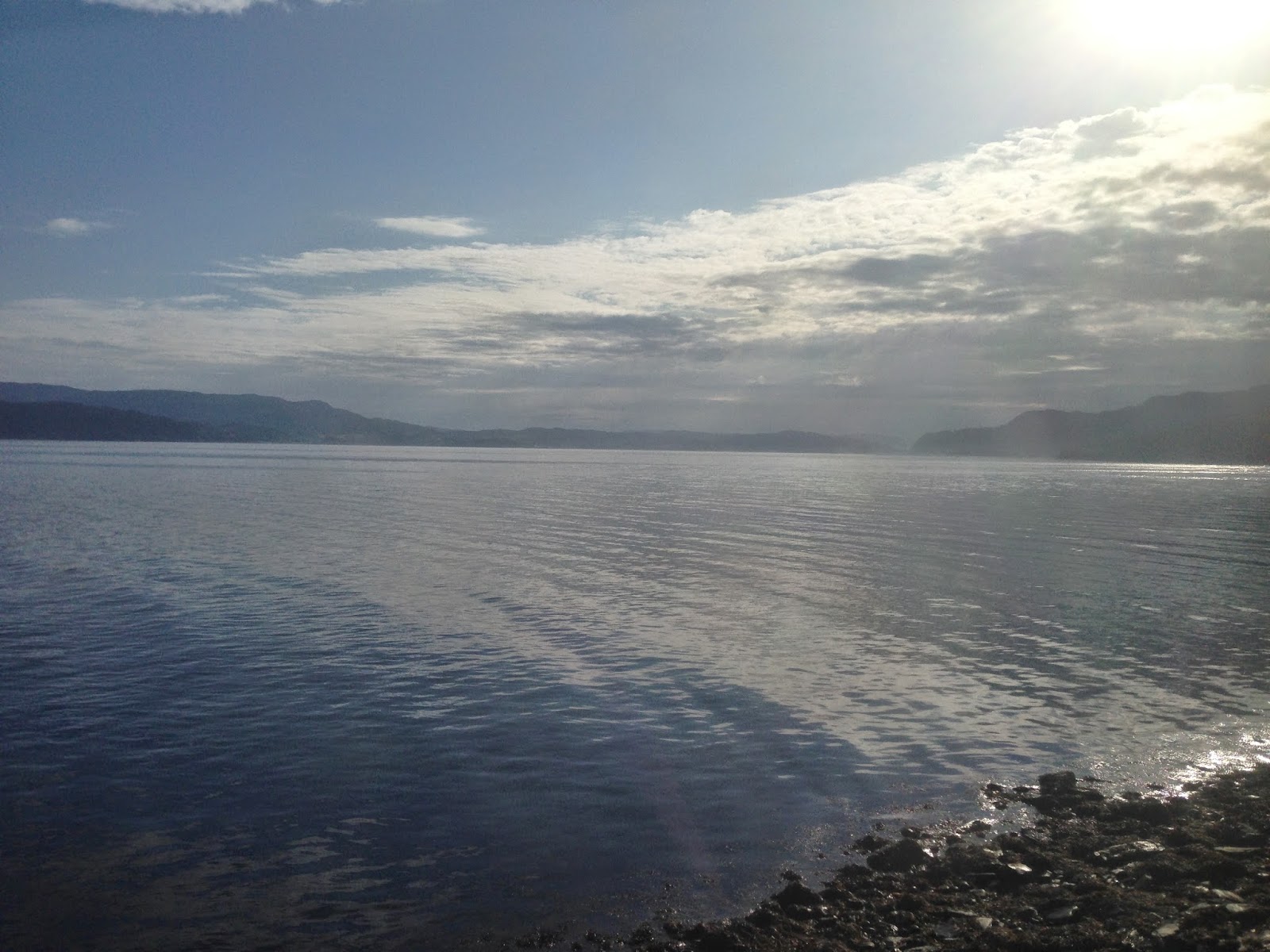 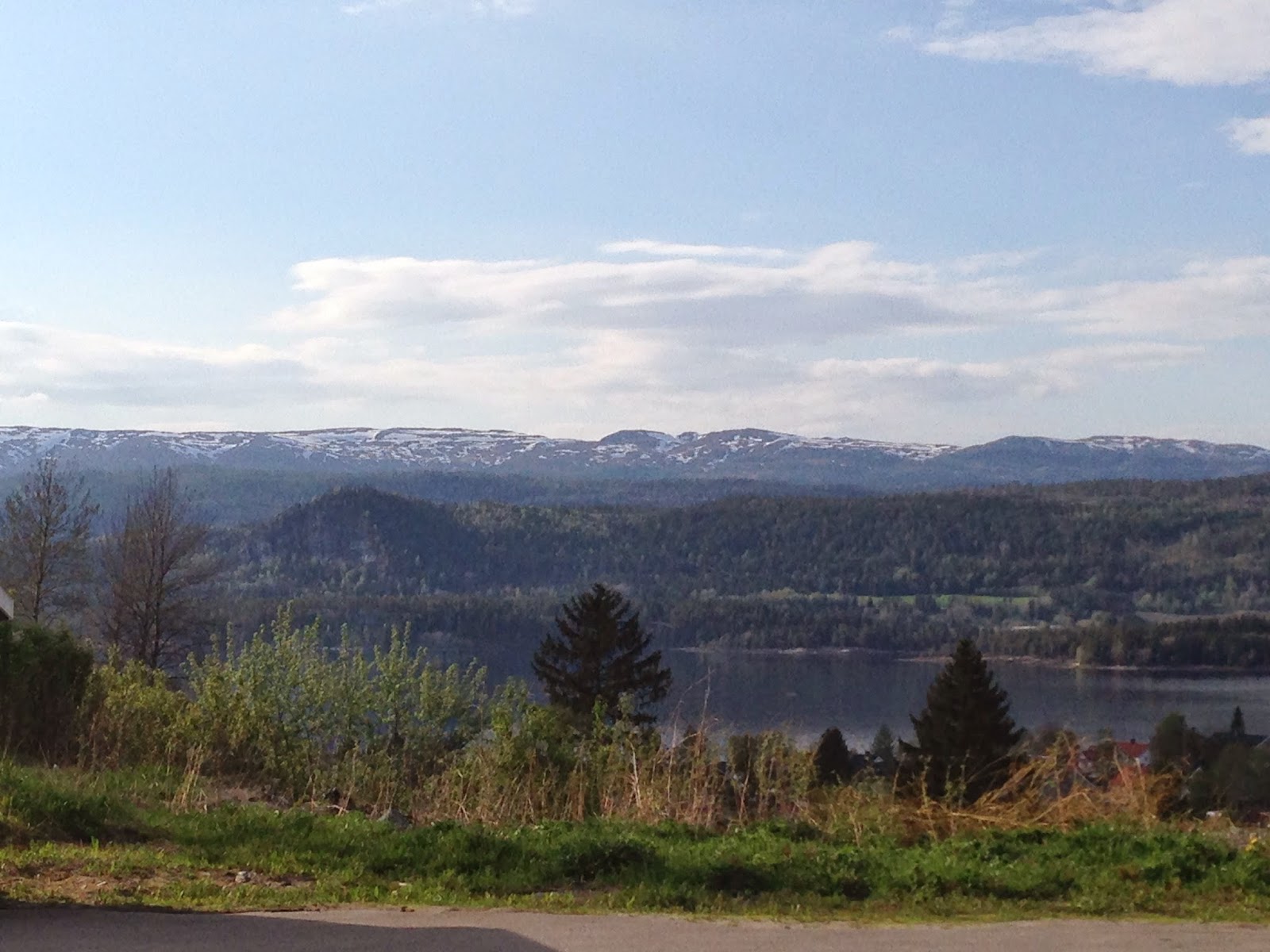 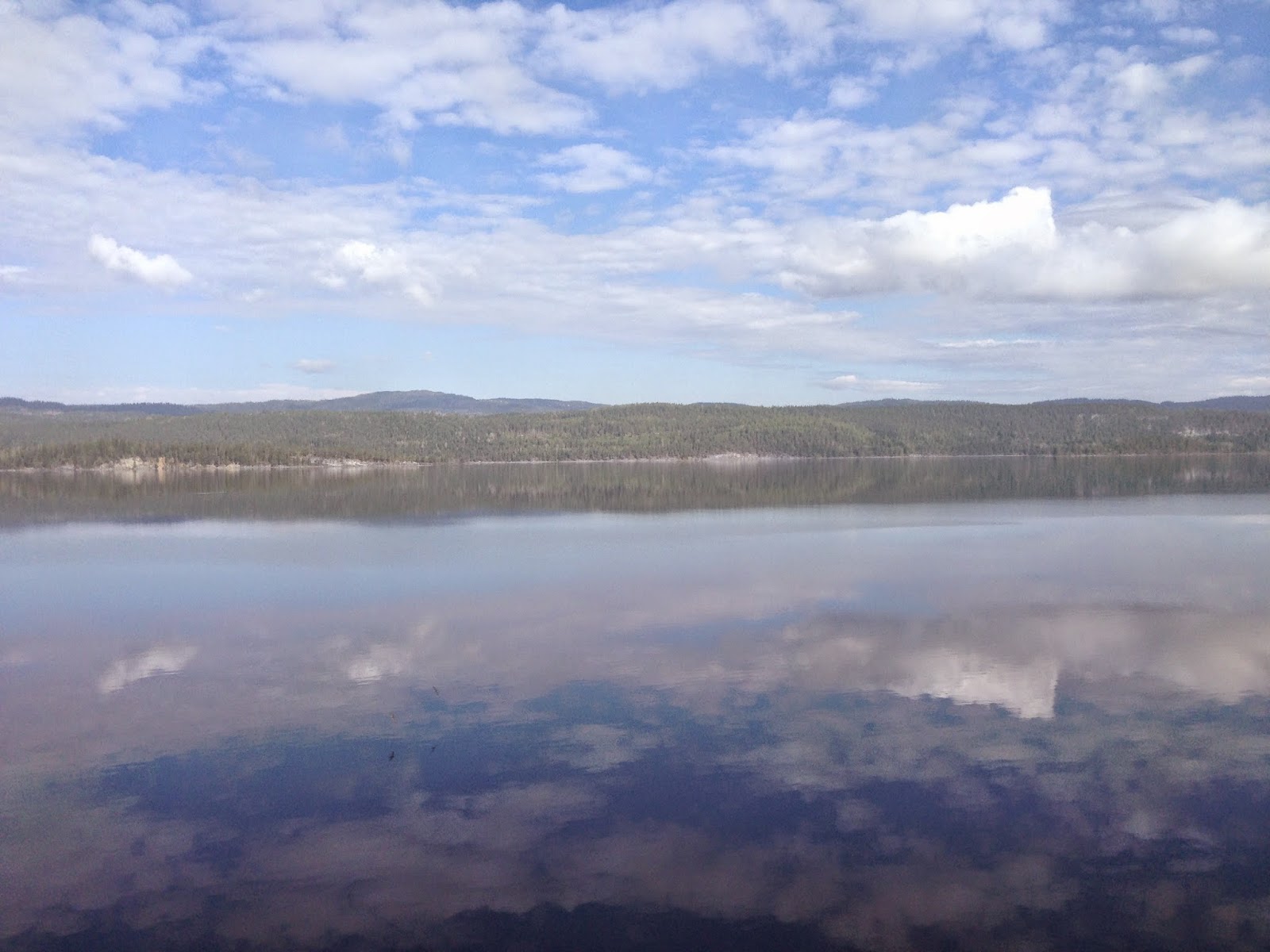 This train trip is the beginning of nearly a week of using trains, buses, and ferries to get around. I'll be spending all day from 11am-10pm today on trains and buses, but hopefully the scenery will be worth it (so far so good!)
Posted by Unknown at 6:32 AM